The urban exodus: How broadband plays a role in the recent migration of remote workers

Portage Lakes, Ohio (May 25, 2022) – As the COVID-19 pandemic progressed, I was amazed by the growth of the remote workforce. Prior to the pandemic, less than 4% of workers in high-paying jobs (positions with an annual salary greater than $100,000) worked remotely. At the conclusion of 2021, the percentage of high-paying remote jobs grew more than 375% — to 15% of the total workforce.

Like many others, I began speculating about the effects of this phenomenon. My mind immediately hypothesized a great exodus of white-collar workers in high cost-of-living urban centers to more affordable, small-town rural areas.

From my perspective, I couldn’t picture reasons why people wouldn’t favor living in more affordable, less dense, and quieter towns when given the same employment options. I do, however, have my biases. I personally value the positives of rural areas over population centers more than your average person. Now that pandemic migration data has become available, I wanted to take time to evaluate and determine if my hypothesis was correct. 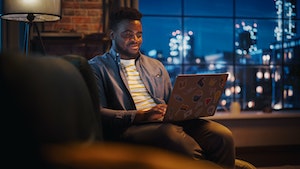 People are moving to rural areas

Following the review of an article published by the Federal Reserve titled, “Migrants from High-Cost, Large Metro Areas during the COVID-19 Pandemic, Their Destinations, and How Many Could Follow,” I was instantly surprised. My hypothesis of a great exodus from urban areas was correct, in part. Among the categories listed, the number of people who relocated to small towns grew significantly during the pandemic. In fact, the percentage of individuals moving from high-cost metropolitan areas to rural areas grew 9.3% — for a total of 549,120 migrants.

After absorbing the pandemic migration data, I questioned why migrants from high-cost metropolitan areas chose to relocate to other metropolitan areas in greater numbers than rural areas. Many factors come to mind, such as a preference for city living, limited rural housing availability, resistance to change, etc.

Another major factor I speculate is that broadband availability is among the most notable deterrents, with rural areas typically experiencing slower internet speeds, or lacking broadband access altogether.

I still hold my original hypothesis but now envision the exodus as being a longer-term process than initially expected. As resources from looming federal funding sources such as the Broadband Equity, Access, & Deployment Program (BEAD) and the Infrastructure Investment and Jobs Act (IIJA) are deployed over the next several years to provide broadband service to unserved and underserved areas, in conjunction with the projected continued growth of remote positions, I expect migration trends to shift to rural areas.

My rationale for this position is simple, in that as more remote positions emerge, and rural homes gain access to internet speeds supportive of remote work, then migration growth rates to rural areas will continue to increase. Only time will prove the validity of these claims, yet it is truly exciting to see the role broadband access has in the restructuring of American communities.

Resource: Migrants from High-Cost, Large Metro Areas during the COVID-19 Pandemic, Their Destinations, and How Many Could Follow