Fort Campbell, KY (February 24, 2022) – Scott Johnson completed the Digital Works program in January of 2022 and was drawn to participating because of the programs’ opportunity for job placement with vetted vendors and ongoing mentoring. He was experienced at delivering technical support and had been considered a specialist for Dell, where he worked for over a decade. However, Scott’s daily commute from his rural home to his office in Bowling Green, KY became exhausting, and he wanted to work from home. 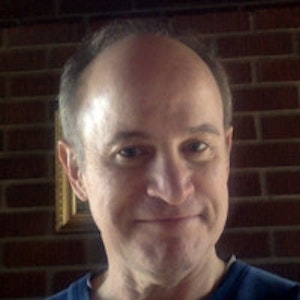 Digital Works had just established a partnership creation with Codefi. Their mission is to partner with private and public groups to deploy an innovation ecosystem to train digital workers and entrepreneurs, build and attract software-focused companies, and create community spaces to expand the digital economy in rural communities. It’s easy to see how they partnered with Code Labs to offer a tech education and on-the-job training program provided by experienced software developers for adults in rural communities in Missouri and Kentucky.

At the time of Scott’s graduation from the Digital Works program, Code Labs was accepting applications for their software training program. After reviewing the details, Scott knew it was the opportunity he had been looking for. Following a virtual interview and a three week wait, Scott was notified of his acceptance and offered a full scholarship, covering the costs for him to participate.

For the next 20 weeks, Scott will attend virtual classes led by instructors who develop software for a living. The program will teach him everything there is to know about front-end web development and coding, and he’ll learn how to implement the structure, design, behavior, and content of everything seen on a browser screen when websites, web applications, or mobile apps are opened. His goal is to complete the back-end web development course after completion of the front-end and become what they call a “full-stack” web developer!