Fort Campbell, Kentucky (May 27, 2022) – This month, Digital Works would like to recognize a hard-working graduate who has shown that perseverance is key to accomplishing anything you set your mind to! 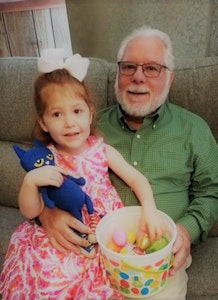 Daniel is a retiree who spent the majority of his career working in physically demanding positions throughout different factories. After retiring, he wanted to stay engaged in the workforce and the idea of remote work seemed to fit the bill. However, he hadn’t spent a lot of time on a computer so typing and learning more about Windows 10 was something that he wanted to improve on.

One of the goals of the program is to have students meet a minimum typing speed of 32 words-per-minute. This was initially challenging for Daniel, anyone who is learning to type knows that it takes a lot of practice and time to improve your typing speeds.

Daniel soared through class, not only did he learn more about the Windows 10 program, but several weeks later, through hours of practice on his own time, he was able to reach the minimum typing speed to pass class.

The Digital Works team is very proud of Daniel and the hard work he put forth to accomplish his goal. It just goes to show, you can learn new things at any point in life and it’s never too late to chase your dreams!